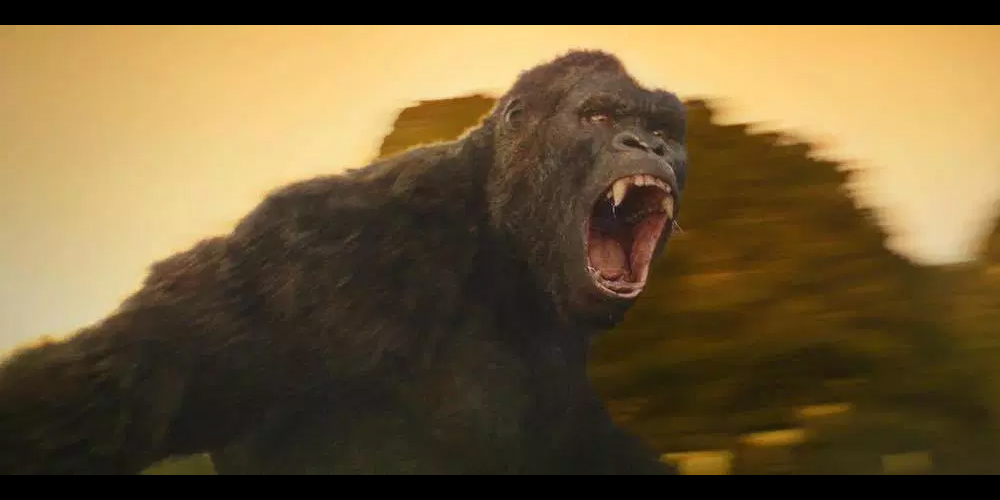 You hear me ‘fo you see me.

Really great fun. I was quite surprised how grisly it was for a 12A. Plenty of “nasty-way-to-go” moments, both in terms of the monsters and also the humans (mostly the humans… almost exclusively the humans).

The tone is quite knowing and the whole thing revels in its pulpy heritage, with plenty of winks to the recent and classic films of the giant monster genre. There’s a few too many characters (a lot of “redshirts”) and I think you see a few too many shots of Kong for the impression to stay as strong throughout (though I’m glad they didn’t waste any time teasing him at the start). It packs very few surprises, but I’m fairly sure its by-the-numbers approach is intentional so it can focus on the pastiche. It’s a film that looks to revive a certain type of film rather that subvert or reinvent it, and in that – it does very well.

Not for those looking for something a little more cerebral, but it does have a giant monkey beating the shit out of things of various sizes set to an early 70s soundtrack. It’s important to state that I saw this film in March 2017 on the same day I also saw the much lauded “Logan”, and I’ve completely gotten over that film, whereas this has stuck with me because I had such a good time with it after fully expecting it to be naff.