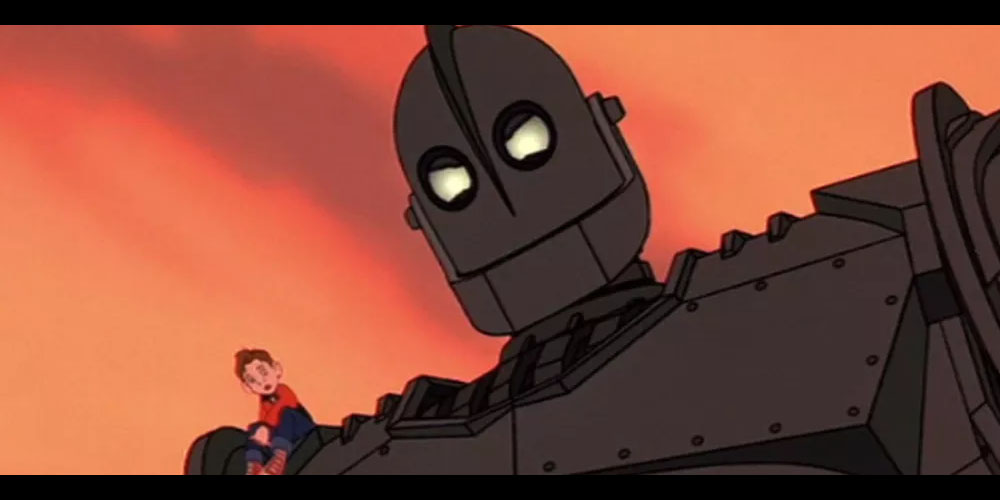 This is, hands down, one of my favourite animated films of the last twenty years, if not all time. I love almost everything about the film. The animation is fantastic, the setting is lovingly created and the plot is near-perfectly paced – there isn’t a wasted moment in the entire film.

I think my favourite thing about the film, and something that I find sorely lacking in many modern family films, is its sincerity. There’s no forced pop-culture jokes or zany humour here, which isn’t to say the film doesn’t have funny moments, but they’re genuine and come from within rather than without. The Giant and his reactions to Hogarth – the plucky kid he befriends – are simple and charming, and the mix of 2D and 3D animation never feels like its stifling a genuine performance from the character.

On that note, the art direction for the film is wonderful. The New England coastal town setting is straight out of a Normal Rockwell painting (in fact, the town is named after the artist), and all the hallmarks of 1950’s Americana are here. You’ve got milkshakes, diners, classic cars, beatniks (the wonderful Dean) and BB guns – all lovingly and finely created with lush painted backgrounds and folksy colours. But the film’s other great trick is the inclusion of the other side of that 1950s coin, the cold war paranoia and military proliferation. Duck and cover videos play in classrooms and flashes of the “Red Menace” undercut the calm vistas and peaceful lives. The Iron Giant himself is simply designed to evoke the ray-gun science fiction of Forbidden Planet and other classic 1950’s sci-fi. All of the above leads to an excellent pedigree of visual design that ties in perfectly with the narrative themes – something which a lot of family animation really doesn’t take care to set up, opting for contemporary trends and motifs that don’t necessarily evoke a sense beyond their initial appearance. Pixar – where Brad Bird now hangs his hat – is one of the few who consistently get this aspect right in their films, and you can see flashes of what Bird accomplished here in his fantastic 1960s-set “Incredibles”.

The fact that this film was a box-office flop (apparently due to poor marketing, and in truth, I didn’t see it until the home video release) hurts me. I don’t want to rant about sincerity or heart being absent from family films (it’s still there, sometimes), but it feels like many attempts to do something small and original are bludgeoned by committee. The Iron Giant hearkens back to a simpler time, both in its setting and its approach to film-making.